Dispatch from New York: no. 1

Posted by Ellen Bramwell on the 7th of May 2014 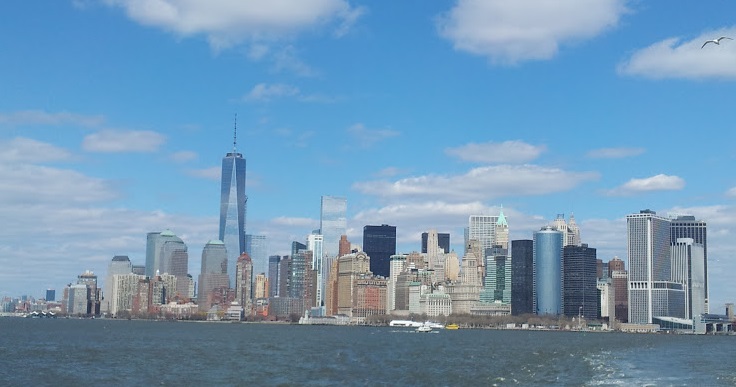 It all started on the plane: having already told us that a member of the cabin staff had not bothered to show up for his shift, our entertaining pilot proceeded to warn us about “porpoising through the turbulence” across the Atlantic Ocean from London. This was to be the first of several transport-related metaphors we encountered on our trip to the Big Apple.

The first couple of days were spent familiarising ourselves with the streets around Harlem, where we would be based for the month. When exploring further afield, we had to get to grips with New York’s labyrinthine subway system. We already knew that security in the States would be tight; what we did not realise was that it would also be highly metaphorical! While travelling downtown we were frequently advised over the tannoy (PA) that “if you see a suspicious package do NOT keep it to yourself”. The ambiguity here was presumably not even noticed by the transport authority. The metaphor had become more powerful than the literal: retaining information is more meaningful here than retaining something which is genuinely physical.

The buses also proved a challenge. First we were remonstrated in a stern monotone by the automatic ticket-reader for continually inserting the ticket the wrong way (which we originally thought was coming from a very rude bus driver!). Later, we puzzled over the signs below:

So are these personified buses more human than others which we have encountered? They have a voice, and it seems they also have a human body. Disappointingly, on closer acquaintance it turned out that their genuflection was limited to hydraulic suspension lowering the bus to the sidewalk.  Ah well.

Stay tuned for (a more serious) dispatch no. 2.