Metaphors of (rather than in) Literature

Posted by Mapping Metaphor on the 1st of July 2015 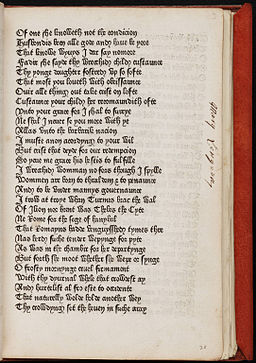 This post was written by Sarah Muller, one of our Mapping Metaphor research placement students.

Any literary text, be it a short story, poem or novel, will have as many interpretations as there are readers. Whether or not we like someone’s writing style is highly subjective and can sometimes be difficult to capture in words. It is thus not surprising that there exist numerous metaphorical links between the category ‘literature’ and other categories within the English language, as these metaphorical expressions enable us to talk about things as complex and abstract as literature and literary style.

This is especially true when we describe the style in which a text was written and, indeed, we often compare literary styles to real, concrete objects. We conceptualise writing styles as texture when we describe them as “coarse”, “stiff” or “smooth”. Interesting to note here is that the metaphorical link between textiles and literature is highly systematic. This can further be illustrated with the example that we can refer to an author as a “yarn-spinner”, referring to their ability to create and develop a plot for a story which is compared to yarn, or even “embroiders”, referring to their ability to embellish their writing style, thus conceptualising the text as a cloth that is further decorated.

Another strong metaphorical link exists between literature and different categories related to the human body. Thus, we compare literary style to a person when we assess its physical strength using terms such as “strong”, “feeble” or “weak”, however someone’s writing style can also be described as “toothless” or “nervous”.

When we talk about a text as being “pappy”, “sloppy” or “watery”, we use metaphorical expressions which are underpinned by the idea that literary style can be compared to liquids. Furthermore, the category of light also has a strong metaphorical connection with literature, as we can describe a text as being “clear”, “brilliant” or “luminous”. Whereas we mostly draw on the domain of light to describe texts that are straightforward and well-written (although an exception here may be the term “obscure”), we generally use terms from the domain of atmosphere and weather to talk about texts that are confusing, these may be described as “misty”, “cloudy” or “foggy”.