The Solar System, the Stars and Earth: “Everything looks perfect from far away”

Posted by Mapping Metaphor on the 2nd of July 2015

This post was written by Robin Sapkota, one of our Mapping Metaphor research placement students. 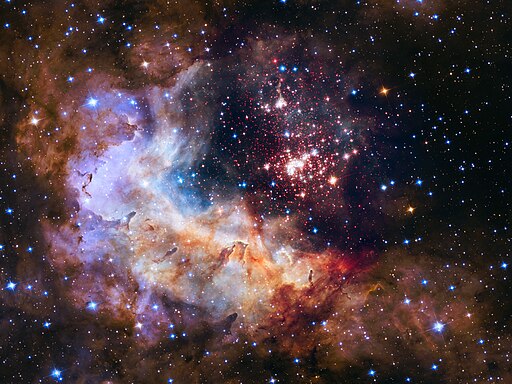 Broadly speaking, the Metaphor Map reveals that the Sun is good, the stars are good and the sky is good as well as divine. Planets are more neutral and are good for thinking about science and map onto measurements of time, shape and space, chemistry and alchemy as well as the idea of success. The Earth is, by contrast, a little too close for comfort and is generally, although not exclusively, bad. It maps onto people, material existence and actions, as well as evil and negative/material aspects of faith.

When thinking about the sun and planets in terms of body parts we use expressions to do with the face, for example ‘visage’ (the face or front part of the head, OED online, visage, noun, sense 1). When thinking about constellations and comets we map from the categories of hair and animal body parts with “comets…vulgarly distinguished into three kinds, bearded, tailed and hairy” (cited 1783, OED online, bearded, adj, sense 4). We also use the related category of reptiles to describe constellations with an example being the southern constellation Hydrus, which is described by J.Ferguson in 1757 as “the water-snake” (OED online, water-snake, noun, sense 3). Therefore suns and planets are thought of as being more like humans whereas comets and constellations are seen as being closer to animals and the more animalistic human feature of hair.

We use the sky to think about the category of size and spatial extent with specific reference to the direction of up; for example, ‘skyish’ and ‘skyward’. This correlation with an upward direction is also demonstrated through a mapping of the category of buildings and inhabited places onto the sky exemplified through our reference to the sky as a ‘roof’ or a ‘canopy’. The sky correlates with the idea of the direction up which is typically associated with good things and also maps onto the protective element of roofs and, indeed, also serves to protect us from the abyss of space which, whilst likely unknown to our ancestors, is reflected in its metaphoric use and this is illustrated in the saying “when the sky falls down” in reference to death or the end of the world, of which there will be little distinction to the individual affected.

Stars map onto the category of relative position with ‘constellated’, in the sense of a ‘cluster of stars’, used to describe something “formed into, or set in, a constellation” in terms of the perceived grouping of stars with an example being “daisies...the constellated flower that never sets” (OED online, constellated, adj, sense 2.a, c1820). The category of constellations and comets also map onto relative position with ‘nucleus’ referring to the center of something and this term is first cited in the OED relating to the center of a comet in 1668 (OED online, nucleus, noun, sense 1). In comparison the category of social position is reflected in terms of the Earth through ‘world’, ‘all the world’ (in the sense of “they are the best in the world”) and ‘mundane’ (“he tells an engrossing story, livelier than 99% of mundane history” (OED online, mundane, adj, sense A.6). The earth therefore relates to the, rather arbitrary, human statuses and social positions whilst the stars, comets and constellations are viewed as being more absolute and reflect the actual, physical relation of things.

The category of movement and specific direction maps in both directions between the sun and planets. When using the former we say things like ‘uprise’, ‘sink’ and ‘sunwise’ to refer to both the, perceived, direction of travel of the sun and the movement of an observed entity on earth. We use terms such as ‘wandering’, ‘planetary’ and ‘errant’ in the same way with reference to planets and entities. When thinking about the rate of movement and speed we use terms relating to comets such as ‘meteorous’ and ‘meteoric’ and we often use expression such as “a meteoric rise” to describe rapid success .

We use the category of shape to describe the sky (‘vault’, ‘convex’ and concave) with these, roughly, round shapes being mapped onto sky whilst planets, particularly the moon, are used to describe, approximately, a semi-circle shape with examples such as ‘half-moon’ and ‘lunary’ (as in ‘crescent shaped’), being taken from the category of planets and applied to shapes. Stars and the category of constellations and comets map in both directions with certain shapes being viewed in terms of ‘stars’ and ‘asterisk’ and stars also being viewed in these terms. Constellations and comets are thought of in terms of more common shapes such as ‘triangles’, spirals’ and ‘globes’ and, again, this transfer of meaning works in both directions.

Related to shapes are containers. We use the category of containers to visualize constellations with examples such as ‘water-pot’, ‘can’ and ‘coal-sack’. In terms of alchemy we often use the names of planets such as ‘mercury’ and ‘luna’ (a term in use until the 19th c for silver). Chemistry likewise makes use of planets with ‘jove’ referring to tin and ‘mars’ referring to iron up until the 18th c.

Stars are useful when we think about the category of authority and control with terms such as ‘lodestar/loadstar’ and ‘polar star’ both referring, roughly, to guidance. By contrast the earth is used when thinking about the category of church government with an example being ‘temporal’ and ‘terrestrial’ (concerning this temporary world as opposed to heaven - OED online, terrestrial, adj, sense A.1). In this sense we can get an idea that church government, which is essentially the basis of law, is a temporary ‘caretaker’, so to speak, that derives its authority from the guidance of the stars.

This duality between that which is far away and that which is close is also reflected when we think about the category deity compared with more ‘earthly’ human attributes and states. ‘Sky’ maps onto deity, in the sense of “the big guy in the sky”, and also the word ‘heavens’ correlates with the sky with an example being “it rains heavens-high” (OED online, heavens, adv). The Earth contrasts starkly mapping onto the categories of faith and moral evil with sample lexemes such as ‘worldy’, ‘mundane’ and ‘earthly’ in the sense of “resist the earthly pleasures” and these two categories are closely connected when thought about in terms of the earth. Existence and character are thought about using similar terms, primarily ‘world’ and ‘earthly’ as well as ‘terrestrene’ which, according to the Historical Thesaurus, correlates approximately to ‘natural’ and ‘temporary’ existence. The Earth therefore relates to the bad and unimportant aspects of human faith, evil and existence whilst the sky maps onto that which is divine.

This can also be seen when we think of the category of performance arts and film. We liken those who have great success and prestige in the arts to ‘stars’ where we think of ordinary people as being ‘mundane’ and ‘terrestrial’ and this suggests that we view those who excel in the arts as possessing something divine that is in contrast with the more ‘mundane’ attributes of human beings.

When we think about the more positive and abstract aspects of human attributes we use that which is far away. When thinking about success we map onto the sun and planets with words like ‘apogee’ (the greatest altitude reached by the sun or a planet – OED online, apogee, noun, Senses 1 and 2). Good is thought of in terms of the sun (in the sense of “he’s my sun”), the stars (“she’s a star”) and sky with example being ‘heavenly’. Esteem is also thought of in terms of the stars with ‘stellify’ correlating with terms such as ‘enhance’, ‘exalt’ and ‘raise’ in the Historical Thesaurus. It also correlates with constellations and comets with terms such as ‘stellation’ (meaning the act of being ‘sublime’ or ‘exalted’) which takes its origin from a group of stars or a constellation.

To borrow a line from the song ‘Such Great Heights’ by The Postal service, “everything looks perfect from far away”.  This seems particularly apt when we think about the solar system, the stars and the earth. The Earth is bad, the sun, sky and stars are good, and the planets and comets are more neutral with planets being slightly better. Comets seem to be unexpected and are more neutral although a tendency to think of them in terms of reptiles, animals and hair suggests a view of them as foreign and therefore bad. Our view of bad things in terms of the earth is likely due to our close proximity to it. Whilst the sun may seem wonderful from our current position it is likely that being as close to the sun as we are to the earth would change this view, assuming we had time to comprehend the thought. That which lies in and beyond our skies seems to have been viewed as divine and what humans should aspire to and this is likely due to these perceptions and observations offering an escape from the often harsh realities of everyday life on Earth in the history of English.